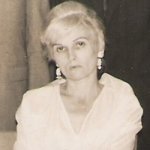 On January 20th January 1943 a little school proclaiming its high ideal in its name ‘Campion” and being privileged to wear the Jesuit mantle of the universally accepted norm of good education open her portals to 34 little scholars under the tutelage of the doyen Principal Rev. Father Savall and the Misses Palin Mullen, Milton and Wilson. Mr. Theodore Lobo was at the helm of matters secretarial.The auspicious opening received the patronage and presence of the very Rev. Fr. Conget Superior Fr. Coyne, Rector St. Xavier’s College Rev. Fr. Gracias Rector Holy Name Church and Rev. Fr.  Domenech Treasurer St Mary’s High School.A memorable personality and great benefactress of the School Mrs. Myrtle Noronha together with her husband Dr. Socrates did yeoman work in helping to solve many of the schools difficulties.The first term moved on quietly and when it closed for the summer vacation on April 14th the first Fabian lines had been etched in the pattern. The second term which opened on June 16th did very soon have to suffer the temporary absence of Rev. Fr. Savall who being take ill did have to spend a fortnight if St. Elizabeth’s Nursing home.The school was very happy at his return in good health resuming again his activities for the benefit of the pupils. Now occurred a timely offer from St. Xavier’s High School the daily use of their school bus which was exceedingly welcome. August saw the introduction of wand drill and this month also marked a venture in histrionics launched entirely by the boys themselves laudable indeed and heartily appreciated by the Principal.The next four months saw the early struggle to ensconce the school in its rightful premises namely “Wellesley House”. This involved obtaining the recognition of the government as a European School and in the wake of this new status the school took its first inspection. Further ramification in this housing question served to leave the matter still inconclusive by the close of the year.December began joyfully with the celebration of Edmund Campion’s Feat the day being red lettered with the First Communion the Prize Distribution and enacting f the “The Theft of the Crown Jewels” by our very young though worthy Thespians. The month closed on a note of great sorrow. REQUIESCAT Dr. (Mrs.) Myrtle Noronha expired on the 24th after a brief illness and Campion lost one of its fist and greatest friends.