Courage To Face The World 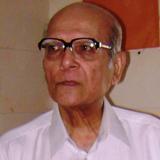 - MIHIR MEHTA
Reproduced below is an interview with Mihir Mehra – class of 1950 on his thoughts about Campion.
When did you join Campion?
I joined Campion in 1945 (2nd standard) and passed out in 1950 (7th standard)
What was your opinion about the teachers at that time?
They were very good – Extremely capable. It was a Jesuit institution, the majority of students being Anglo-Indians and Christians. The staff was close to the students. They took interest in their affairs and were very painstaking. Even now my son who studies in Campion is very happy with the teaching staff. One of my favorite teachers was Mr. Said. A sports teacher.
Did you ever think of becoming a teacher?
I never did think of becoming a teacher for it was my aspiration to become a businessman.
Your views of the present system of education?
The Indian system can adopt a thing or two from the education system abroad.
In what way has Campion helped you later on in life?
Campion has always helped me for the better. It helped me get rid of conservative approach. I made many friends during my school career and learned to interact and socialize with students from various walks of life.
Do you recall during your stay in Campion any incidents worthy of note?
I do recollect many noteworthy incidents all of them have given me some important lessons of life. The sports teacher gave the students full encouragement. The boys learnt that ‘perseverance was the only key to success.’ Even when we lost the teachers tried to keep up the sprit of the boys. Three qualities instilled by Campion in me were
1. Compassion
2. Helpfulness
3. Competitiveness (Healthy approach)
Does Campion prepare students to face the outside world?
A student who steps out of Campion has confidence though it also depends on the student’s attitude. But normally as excampionite is a polished refined person. He has the power to tackle situation. He has the courage to café the world.
Are you pleased that Campion has crossed the threshold of the Computer world?
I feel that Computerization is very important: the children should be exposed to programming and the various basics. As we all know we a drafting into a computer age.
Is the House system an success?
The House system is very useful. But it also depends on the child itself. W see in n Inter-House competition one student of a group competes with another student of the other group. Both of them put forth their best. Besides the competition creates a sprit of unity among students of a particular group.