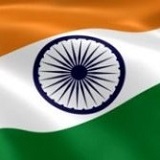 - Gautam Pillai when in class III B

Republic day is celebrated on the 26th of January every year. All the cubs, scouts, NCC and RSP celebrated it in our school back–garden. We celebrate Republic day because on 26th January 1950 (three years after our Independence) the Indian Constitution, which is the longest document in the world, came to force. We prepared for it by practicing how to stand in a line but unfortunately, we only had to stand. We could not even march! We, cubs, had to dress in our cleanest uniform and line up pack–wise and stand at attention. We listened to the band led by Arnav Barcha and to the speech another boy was making from the podium, while the scouts, NCC and RSP were marching with the squad led by Sir Nathan Gaurea. Later the chief guest, Mr. Mukund Murti came to inspect the groups. We then discussed how we can have peace in our country. Then came the dance. A few fourth standard boys were selected by Ms Jindal. After that came the award ceremony. There were a few boys who received trophies. Later there was a pack photo and the ceremony got over. We have to go back inside school while the peons gave us chocolates. I liked that part where Mr. Nathan told Mr. Mukun Murti that we were ready to be inspected. He said it so funnily that all the cubs started laughing.