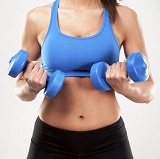 The good doctor debunks the myths surrounding the usage of hormone supplements. If there is one controversy that needs to be laid to rest, it is the use of sex hormones in medicines. For years, men and women have been brain washed into thinking that the male hormone testosterone is responsible for the machismo and the alpha-maleness in men, while in women, estrogen was associated with youth and beauty. While such theories are partly true, the use of sex hormones was commonplace two decades ago but I am surprised today with the misuse of male hormones especially by young men, and it is often encouraged by their surrogate doctor – their trainer. Testosterone is the primary sex hormone – an anabolic steroid predominantly responsible for the development of male reproduction tissues and promoting secondary sexual characters such as increased muscle mass and bone. It is essential for health, well-being, and muscle and bone mass. Any deficiency can lead to fragility and bone loss. Testosterone is mainly secreted by male testicles, but is also secreted in small quantities by the ovaries of females. Small amounts are also secreted by the adrenal glands. The secondary sexual characteristics that testosterone promotes in the male are facial hair, axillary hair, and deepening of the voice. Testosterone is also responsible for male fertility, penile and clitoral enlargement, increased libido and frequency of erection or clitoral engorgement. It is because of muscle mass that the young individual misuses the hormone and the aging Don Juan uses it for its effect on libido. An article by Kraemer HC et al in the Archives of Sexual Behavior is interesting. It tells us that higher levels of testosterone are associated with heightened periods of sexual activity.
More surprisingly other studies suggest heterosexual men feel a surge of testosterone in their bodies, even after a brief conversation with a woman. The degree of testosterone elevation was directly proportional to the degree that the women thought the men were trying to impress them. Men who watch films with sexual contents also register an increase in their testosterone levels by 35 per cent peaking at 60 to 90 minutes after the movie ends. Men who are exposed to the odour of an ovulating female also have an elevated but stable increase in their testosterone levels as compared to when exposed to the non-ovulating females. I think that defines the animal instinct in us, and is nature’s way of ensuring procreation. The level of testosterone in females is also higher before and after coitus. So testosterone is not only a mating hormone in the males but in the females as well. Other studies in the Archives of Sexual Behavior on the evolution of human behavior tell us that testosterone also plays a major role in risk-taking in financial decisions. Testosterone is also associated with aggressive behavior and has a link to adult criminality. With aging come a host of symptoms attributed correctly or incorrectly to testosterone deficiency. There are loss of libido, erectile quality, changes in mood and cognitive function, fatigue, depression, decrease in muscle mass and strength, diminishing body hair and increasing abdominal fat. According to scientists, testosterone levels fall as we age. Purists tell us that we age because the testosterone level falls. So now the million dollar question remains which is true? If after a certain age we use testosterone supplements to gain better vigour, vitality and sex drive, does it mean we can reverse the ageing effects? This sounds terribly logical, but I don’t think the answer is yet very clear. This is because the usage of testosterone has side effects. There may be shrinkage of testicles and stimulation of tumors of the prostate, enlargement of the breasts and an increased risk of blood clotting in the veins of the legs.
Newer research tells us that it is more common in the first six months of testosterone usage. The National Institute of Health Studies published in the NEJM in 2016 addressed this question by studying 51,000 men, for whom the level of this hormone was raised to mid normal range. They reported a small increase in sexual desire, better erectile function, and slightly improved mood but there was no change in objective testing of vitality. Studies in the JAMA state that testosterone has no effect on memory, but it increased the volume of blockages in the heart arteries and the US FDA cautions the risk of heart attack or stroke on usage. The practice of using testosterone supplements to compensate remains questionable and what appears logical in medicine, is not necessarily true in real life. Similar controversies surround female hormone replacements and my best advice will be to not to play around with hormones that we still do not understand.