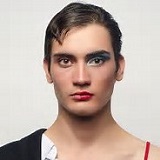 What makes people wish they were not the gender they were born with? Is it genetic? Studies are trying to decode the complex concept. Transgender is a term used for people whose gender and sense of identity are different from the assigned sex. The term was coined by John F Oliven, a psychiatrist from Columbia University. An article by Lombardi in the journal of Homosexuality says that the transgender have difficulty in getting work. Articles by Judith Bradford in the American Journal of Public Health revealed that such individuals also face problems in accessing healthcare and public accommodation. A transsexual is a person who emotionally and psychologically feels that they belong to the opposite sex, or who does not fit comfortably into being a male or a female. Many transsexuals, but not all, undergo treatment and surgery to change their sex. Transsexuals are included under the umbrella term transgender, though some are opposed to this. This can be confusing sometimes as many crossdressers are also called transgender at times. Anthropologist David Valentine says that the term transgender was coined and used by activists to include a broad section of people who may not necessarily identify themselves with the term. The intersex have genitalia that do not confirm to the strict definition of male or female. Laws regarding transgender people differ across the world. In India, the Supreme Court declared transgender to be a third gender in April 2014. Many people are biased against the transgender community which is unfair. Humans harbour strange biases, from colour and religion to sexual orientation and gender identity. The intelligentsia recognise this and push for the assimilation of transgender and other communities into society. I had written an article on gay men. In my opinion, they are quite clever and many are excellent in arts. But they also excel in several other fields. I have been often impressed by the talents of the gay community.
US President Donald Trump declared on Twitter in July that the government “will not accept or allow” transgender individuals to serve “in any capacity” in the military. He claimed the integration of transgender troops would result in “tremendous medical costs”, and he had taken the decision to exclude them after consultation with his generals and military experts. A large number of transgender already serve in the US military. According to one estimate, between 1,320 and 6,630 transgender service members are in active military duty, while between 830 and 4,160 members are in reserves duty. I wonder what will be their future. The Trump administration has also revoked the Obama-era policy that allowed the transgender to use bathrooms of their choice. What is it that makes people wish they were not the gender they were born with? It’s not a mental illness, but then is it genetic? A consortium of researchers in Europe and the United States, including those at the George Washington University, is now addressing the genetic aspect of it. DNA samples of 3,000 people who are part of the transgender community are currently being evaluated. An answer may come from the enlightening work of a Dutch neurobiologist Dick Swaab, who studies the differences between a male and female brain. From post-mortem studies he determined that the brain tissue of males who became females had more nerve cells resembling the female pattern. Though his painstaking research spans 25 years, he had only a dozen brains to study. Other studies have suggested a weak connection between the area of the brain that has perception of oneself and the body. If one looks at the little literature that is available, one is tempted to deduce that the transgender phenomenon may be built into the brain of a person. Though many advise psychological counselling, the final decision must rest with the patient. We must be allowed to make our own choices in life, and society must understand and be supportive. We must view the LGBT community as our equal and behave with them exactly as we do with others.