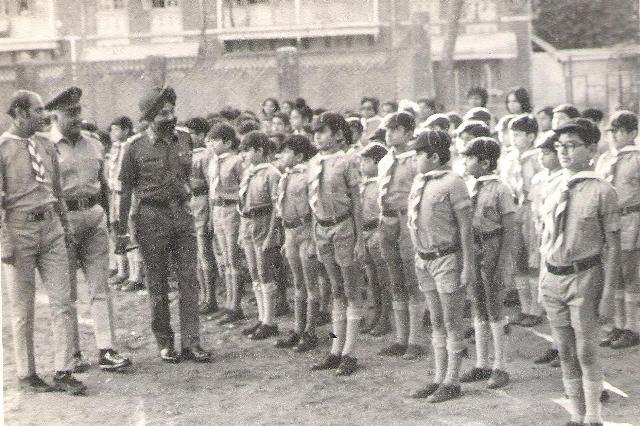 Let us begin the momentous day by paying homage to the great freedom fighters of India such as Mahatma Gandhi Bal Gangadhar Tilak Jawaharlal Nehru Subash Chandra Bose and several others but for whose assiduous efforts India would still have been bound in the shackles of foreign domination.
Twenty eight years is a small indeed a very small span of time in the life of a nation. But this short span of time India’s advance have been tremendous. Now it is almost self sufficient in food more and more items are being manufactured indigenously and exports have soared to an all time high in this short span of 28 years. India’s literacy rate has short up and its per capita income is rising steadily. Tremendous advantages have been made in the field of communication inflation has been checked. India is now ranked as the tenth largest industrial power in the world. Apart from this India also possesses a culture – a culture formed gradually over the centaury by the racial intercourse of people of different races and religions the exchange of knowledge and fine arts. Said Max Meuiler in one of his speeches in London “If I were asked under which sky part the human mind fully developed I would point towards India” Indeed it was a supreme compliment coming from one of the foremost of Western philosophers.  And yet …. Several problems of great importance remain unsolved.
Linguistic differences and casteism continue to plague Indian society. The problem of untouchability is as yet unsolved. We crave for Western technical excellence and indeed we have the potential to achieve it. But it is this kind of silly bickering lack of broad minded perspective and refusal to ignore the caste creed and color of a man that is hampering the growth of our country. Materialism is seeping into our society and people are discarding their culture and drifting towards Western ways. What can be done about this is a question that arises to one’s mind. The answer lies in the youth of today. It will be their duly to come to grips with problems of great complexity and to continue the technical excellence of the West with the culture of the East. Economic stability eradication of poverty and illiteracy and abolition of casteism are tasks which the youth of today will have to face. The road to achieving our goal is extremely difficult but not impossible. With sufficient grit perseverance determination tenacity of purpose and confidence in one’s ability this goal can be achieved. Let us remember that the land of true greatness awaits us at the end of our strenuous journey and I do feel that the difficulties surmounted in achieving our cherished goal will indeed be realized.
Jai Hind.