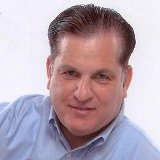 He became the biggest Worldwide Partner of Kronos Automated Labour Solutions in a mere 10 years. Not only was he awarded the International Dealer of the year on numerous occasions he also had the unique distinction that every shopping mall in Australia and New Zealand that had more then 10 clients in each mall were using the product that was sold and supported by his company.

Brian migrated to Australia in 1973. Whilst working in various jobs he realised that there was a huge business potential in Australia's strict labor laws and after borrowing $20,000 from his credit card set himself up as a local reseller for Kronos automated labor solutions a Boston based NASDAQ company. He then sold off his holdings in Kronos, hung up his business suit and decided to spend time with the family - he built a beach front property, spent time fishing and as a hobby collected wines. However, he soon got restless again and went searching for something new.

He decided to develop a product that would monitor the performance of Applications. Thus End-End Software was born. The product was developed in India as he wanted to give something back to his native country India. The product is now being used worldwide and has some blue chip clients like Fosters Beer  in Australia, Globe Telecom in Philippines( that handles 77 million SMS messages a month), ICICI Bank in India, Citizens Advisory Bureau in the UK Advanced Information Services in Thailand to name a few.