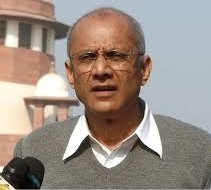 Colin Gonsalves is a Senior Advocate of the Supreme Court of India. He is also the founder and director of Human Rights Law Network (HRLN). A pioneer in the field of public interest litigation in India, he has successfully brought a number of cases dealing with economic, social and cultural rights. Most of these cases, decided by the Supreme Court, have been set as precedents.

Gonsalves is also the founder of the India Center for Human Rights and Law, an independent, one-stop information center for anyone involved in public interest law. He is the co-founder, with lawyer Mihir Desai, of the human rights magazine Combat Law

Colin Gonsalves, is a B.Tech (1975) from the Department of Civil Engineering, IIT Bombay. He began working as a civil engineer, but was drawn to the law through union work and concerns over labour issues and exploitation. Thus, he started studying law at night school in 1979. Upon graduation in 1983, Mr. Gonsalves co-founded the India Centre for Human Rights and Law in Bombay and developed it into a national network of over 200 lawyers and paralegals under the auspices of the Human Rights Law Network (HRLN).

Since co-founding HRLN in 1989, Dr. Gonsalves and his colleagues have built the organization into India’s leading public interest law group, working at the intersection of law, advocacy and policy. Dr. Gonsalves strives to use the law as a shield to protect the human rights of the poor and of the marginalized communities in India. Over last two decades, he has played a prominent role in investigating, monitoring, and documenting human rights violations, generating “know your rights” material, and conducting training seminars and workshops for lawyers, activists, judges, and government officials including police and civic administrators.

Winner of the 2004 International Human Rights Award of the American Bar Association in public recognition of his contribution to the area of human rights.

In response to a case, he argued the Supreme Court directed unions and state governments to implement several food security schemes.

In a landmark judgment by the Supreme Court of India filed by child rights group Bachpan Bachao Andolan on child labour and trafficking of children for forced labour, the court directed the government to ensure the implementation of the Juvenile Justice (Care and Protection of Children) Act, 2000. Gonsalves appeared on behalf of Bachpan Bachao Andolan.