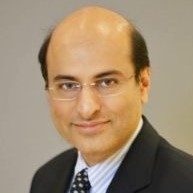 Cyrus D. Mehta is the founder and managing attorney of Cyrus D. Mehta & Associates, PLLC (CDMA). He represents corporations and individuals from around the world in a various immigration matters. Based on 17 years of experience in immigration law, he is able to comprehend all kinds of problems and provide effective, ethical and strategic solutions to his clients. In 2008, Mr. Mehta was appointed as an Adjunct Associate Professor at Brooklyn Law School where he teaches a course entitled "Immigration and Work." Mr. Mehta continues to be included in Chambers USA, International Who's Who of Corporate Immigration Lawyers, Best Lawyers and receive an AV rating from Martindale Hubbell. He is also a member of the Alliance of Business Immigration Lawyers (ABIL), who have been recognized internationally in the field of business immigration, and are committed to the highest standards of professionalism.

Mr. Mehta was the Secretary and member of the Executive Committee of the New York City Bar Association (2003-2007). He is also the former Chair (2000-2003) of the Committee on Immigration and Nationality Law of the same Association. In that capacity, he organized symposia and programs to raise awareness about immigration issues as well as trainings for lawyers in various practice areas. Through his leadership, the Committee advocated against the eroding rights of non-citizens following the government's vigorous enforcement efforts after the September 11 terrorist attacks. He was also a Trustee of the Association's City Bar Justice Center, which organizes attorneys' pro bono activities in New York City (2001-2007). He is presently on the Board of Directors of Volunteers of Legal Services, Inc.

Between 2004 and 2006, Mr. Mehta was the Chairman of the American Immigration Law Foundation (AILF) - an immigration think tank that advances the positive impact of immigration in this country and also conducts litigation on behalf of immigrants. He established for AILF a prestigious annual event in New York City that honors outstanding immigrants in various fields of endeavor. He co-authored a report that analyzed parallels in the government's policy toward Japanese Americans following the attack on Pearl Harbor and non-citizens of certain nationalities post-September 11.

Mr. Mehta is a frequent speaker at conferences of the American Immigration Lawyers Association (AILA) and has served on its national committees. In 1997-1998, he was the Chair of AILA's Young Lawyers Division and also won the 1997 Joseph Minsky Young Lawyers Award for outstanding contributions in the immigration field. He is presently the Co-Chair of the AILA-NY Chapter Pro-Bono Committee, where he organizes pro bono opportunities for attorneys through community outreach clinics and representation of detained non-citizens in removal proceedings.

Newspapers and television constantly seek Mr. Mehta out for his expert opinions on immigration law and policy. He is regularly quoted in mainstream, ethnic and foreign newspapers. Furthermore, Mr. Mehta speaks, debates and conducts training workshops on various immigration topics under the aegis of non-profits and universities. He is also a featured speaker at immigration seminars of the Practising Law Institute.