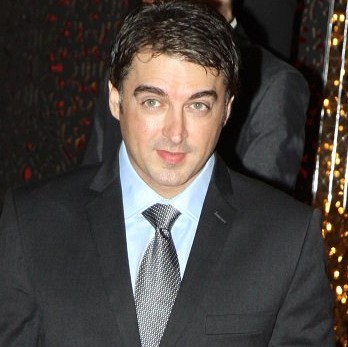 Jugal Hansraj (born 26 July 1972) is an Indian actor and a national award winning director, based in Mumbai.

Hansraj started his career as a child artist in the 1983 film Masoom, which starred Naseeruddin Shah and Shabana Azmi. The film was about a 9-year-old boy whose stepmother was not willing to accept him into the family because he was born out of an extramarital relationship. Masoom was based on Man, Woman and Child, a novel by Erich Segal. The film had a positive response and launched Hansraj's career. Later on, he continued his career as a child actor in Karma and Sultanat. Hansraj was also featured as a model for TV and print as a child. He appeared in notable ad campaigns such as Vicks Vaporub, Saffola, Nutramul.

He started his adult career with Aa Gale Lag Jaa in 1994, where he was paired with Urmila Matondkar, who incidentally played his sister in his first film Masoom. His second film was Papa Kehte Hai in 1995 opposite Mayuri Kango. The film also starred Anupam Kher. The 2000 film Mohabbatein, which also featured Shahrukh Khan and Amitabh Bachchan, was his adult breakthrough film. He then played minor roles in the successful 2001 blockbuster Kabhi Khushi Kabhie Gham; the 2005 hit Salaam Namaste; and Madhuri Dixit's 2007 comeback film, Aaja Nachle.

He served as writer and director for the 2008 computer-animated film Roadside Romeo. Produced jointly by Yash Raj Films and Walt Disney Studios, it stars the voices of Saif Ali Khan, Kareena Kapoor and Javed Jaffrey. It received negative reviews from critics, but won the National Film Award from the President of India for Best Director (Animation Film), Best Film (Animation Film) and Technical Award for Best Animation. It also won Best Animation Film at the Cairo International Film Festival, judged by an international jury of children. A song sequence from the film was also nominated for the Visual Effects Society Awards in Los Angeles for Best Animated Sequence alongside sequences from WALL-E and Kung Fu Panda. It also won awards for Best Animation Film and Best Director (Animation Film) at the Screen Awards, India and at Frames FICCI. In June 2012, Hansraj was invited by Film Victoria to host a Master Class session at the Indian Film Festival Melbourne. The session was on the subject of animation in India and his experiences in making the first animation feature in India, and in co-production possibilities between India and Victoria State for animation features.

His second film as a director was a romantic comedy Pyaar Impossible (January 2010). This was produced by Yash Raj Films and starred one of the leading female stars Priyanka Chopra along with Uday Chopra. In September 2014, Hansraj joined Dharma Productions as the Head of Creative Development.

In July 2014, Hansraj married his longtime girlfriend Jasmine Dhillon, an NRI investment banker from New York. They married in a small private ceremony in Oakland, Michigan.

Trivia
Hansraj gave close friend and director Karan Johar the tune and the lyrics of the first eight lines of the title song of Kuch Kuch Hota Hai during a night out in a Mumbai restaurant. The song went on to become a huge hit and remains, to this day, one of the most popular Hindi romantic songs ever.