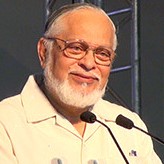 Dr LUZITO has publication and editorial experience with more than seventy publications in the field of Oncology in national and international journals. He has been involved in production of videos and films on surgical techniques eleven. He is also the Associate Editor of Indian Journal of Cancer.

Dr LUZITO has participated in scientific meetings and presented scientific papers and films at over thirty international meetings abroad
In the field of academic Dr Luzito is a Post-graduate Teacher for M.S. Degree in General Surgery of Bombay University since 1986. A Post-graduate Examiner for
i.    Mch. Oncology, University of Gujarat, 1990,
ii.    Mch.Oncology, University of Karnataka, 1996.
iii.    M.S. General Surgery, University of Bombay 1997.
He is also the Visiting Professor in Surgery at
i]   Post Graduate Institute of Medical Education and Research.and
ii]   Kasturba Medical College, Manipal [1989]

Dr LUZITO has vast management experience. He is the Managing Trustee and Hon.  Medical Director of Shanti Avedna Ashram since its foundation in 1986. This is India’s first Hospice for the care of Advanced and Terminally ill cancer patients in India. The main branch in Mumbai has 50 beds; with another 50 beds in Delhi and 25 beds in Goa. This service is given free of cost to all those who need it, irrespective of community, caste or creed.

He has registered for PhD, in Hospital Management of the Mumbai University, in 1991-92, through the Jamnalal Bajaj Institute of Management, Mumbai.

DR LUZITO’s organization experience includes having organized a meeting of British Association of Surgical Oncology (BASO) in Bombay, 1986. He organized and conducted an all India Workshop on “An update in Gastro-intestinal Surgical Oncology” at the Tata Memorial Hospital in November, 1987. He also organized and conducted the First UICC Indian Workshop in Cancer Education in Schools at the Tata Memorial Hospital in 1988. Other events include UICC Workshop on “Education on Tobacco in Schools” at Tata Memorial Hospital in 1986, the First International Meeting on Palliative Care, Mumbai, November 1991, the XVITH International Cancer Congress [UICC] 1994 where he was a member of the core Committee and Chairperson Exhibition.

DR LUZITO has cultural accomplishment to his credit such as being a Violinist with a keen interest in Western Classical Music having passed Gr. VII Exam of the Trinity College of Music, London.

On a personal front his achievements include haven founded the Shanti Avedna Ashram, India’s First Hospice through a registered public charity trust, for the continuing care of the advanced and terminal cancer patients with the main branch in Mumbai and branches in Goa and Delhi and the Indian Cancer Cell for Cancer Education in Schools, founded in 1993, with the auspices of Tata Memorial Centre, UICC [International Union Against Cancer] and Indian Cancer Society.