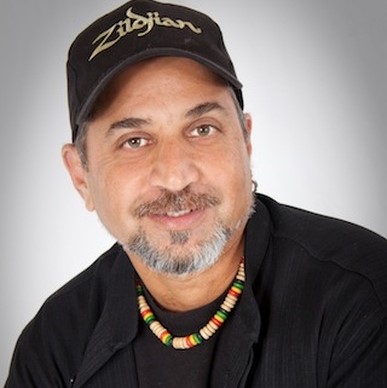 Mark hails from Mumbai, India and has been living his passion: music, for most of his life. Since the early 80's Mark did music as a hobby but within a few years realized it was his passion, gave up his job and decided to get more serious, going to Hollywood, California to gain musical knowledge in his field at the renowned Musicians Institute. On his return back to India in 1986...Mark got entrenched into the studios and the recording world of ad films, album projects and the movie industry working with the best Music directors of the day. At the same time, Mark reunited with another band he was associated with (Rock Machine aka Indus Creed) doing Original Indian Rock. The band received numerous accolades including receiving an MTV Asia Award in LA for their song "Pretty Child". The band was the first to infuse their ethnicity by incorporating Indian instrumentation with their blend of Rock. The song was ranked in the TOP 10 on the MTV charts in 1992. The band travelled across the length & breadth of India, the Soviet Union, The Middle east as well as to the UK for the WOMAD Festival. The band also shared the stage over the years with many international artists, Europe, Nazareth, Uriah Heep, Bon Jovi, The Blues Brothers, Kool & the Gang, etc etc.

Mark moved to HK from 1992 -2005 and continued working with bands locally, playing as sessions drummer with international Blues artists at the HK Jazz Club, touring with his band around Asia and doing Corporate Events. He also decided to become an educator and worked at 7 of the best International schools in HK.

Mark moved to Auckland in 2005 and has played for numerous Musical Theatre Productions around Auckland, has his own band doing Corporate events and continues as an educator. Mark founded his own drum school based on the North Shore for school going students. www.drumadiddle..co.nz

Mark along with band mate Ben Fernandez, created NASHA to cater to the local migrant community in NZ as well as to spread the Bollywood Cultural phenomenon to the kiwi community at large...