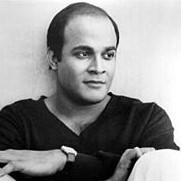 A student of Campion School, he had acted in the school productions of "Apsalom" and "Ordeal by Battle" in 1965 and two years later in the much-acclaimed "Oliver" in which he played Fagin. He received his initial training from Pearl Padamsee. His father, Dr. Mark Mazumdar, was a dentist. The family lived at Charni Road. When his father died, Maxim and his elder brother, Malcolm, migrated with their mother to Canada in 1969. Maxim became a naturalized citizen of Canada, though his theatre work kept him on the move.

He was closely associated with the Stephenville arts Festival, Newfoundland. In London, he performed three one-man shows which he had also authored: "Rimbaud, "Dance for Gods" and "Oscar Remembered", a play about Oscar Wilde in which he also acted.

Maxim was the actor-manager in "The Dresser" Judas in "Jesus Christ Superstar" and Cervantes in "Man of La Mancha". His productions of "Evita" and "Godspell" were noticed for their elan and for the use of minimum scenery for maximum effect.

Lately, he was working on a musical he had written on the Pompeiian festival of Lupercal. In the U. K., he was commissioned to write a play on Sergei Diaghilev. The result was "Conversations", which introduced characters like Pavlova Nijinsky and Stravinsky through dialogues with Diaghilev.

Maxim Mazumdar, the Bombay boy who became a topnotch international stage celebrity, died at the age of 36 in Halifax, Nova Scotia, on April 28. He had been ill for some time. He is survived by his wife, Mrs. Megan. Bombay theatre circles were unaware of his death and when contacted, expressed shock at the passing away of a talent who had shown immense promise the moment he made his debut on the amateur stage. One of his most memorable performances was in the musical "The Fantastiks".