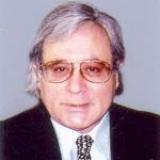 Ajit Singh was educated at Millfield School  and  Cambridge University  in England, and did his post-graduate studies at  the Harvard Business School, U.S.A.

Ajit Singh is Chairman of ACG Worldwide, the Associated Capsules Group of Companies in Bombay.  Jointly with his brother, Jasjit Singh, and backed by a dedicated team, he rapidly built up their pharmaceutical ancillaries, packaging films and machinery business, currently employing over 3000 people.  His group is Asia's largest capsules and related machinery and packaging manufacturing enterprise.

The Capsules Group has earned International acknowledgment and awards for pioneering development of technology, for innovative management techniques and for employee and community welfare. The President of India and the Maharashtra Government have given them Awards for outstanding help to the physically handicapped.  The UNIDO have given them an award for research and training in the field of Pharmaceutical Technology.

Ajit Singh has played a prominent role in the development of the Pharmaceutical and Allied Industry in India.  He has served on the Managing Committees of the major Pharmaceutical Associations in India and is a Member of the Executive Committee and Chairman of the Materials Management Committee  of the Organization of Pharmaceutical Producers of India (OPPI).

Ajit Singh is the Chairman of the Board of Trustees of the Bombay College of Pharmacy.   He serves on the Advisory Board of  “Express Pharma Pulse” “Pharma Bio-World" and “Pharma Biz”, all widely read journals in India.

Ajit Singh chaired the Local Organising Committee of the Golden Jubilee Commemoration of the Indian Pharmaceutical Congress Association in December 1998, a major event held jointly with the 17th Asian Congress of Pharmaceutical Sciences at Mumbai, and supported by the International Pharma bodies, the FIP, AAPS and others.

Ajit Singh is a Member of the American Association of Pharmaceutical Scientists (AAPS) Task Force on the Scientific and Regulatory needs of developing countries.

He is also the Advisor to the U.S. Pharmacopoeia for India (USP).

In 2001 he was nominated as a Fellow of the American Association of Indian Pharmaceutical Scientists (AAiPS), being the first person resident outside the USA to be so honoured.

In 2002, Ajit Singh was elected President of the Health Foods and Dietary Supplements Association (HADSA).

In 2002, he was conferred the ‘DIWA AWARD – 2002’, and was designated a “Doyen of the Pharmacy Profession” by the Drugs Inspectors Association (DIA) Maharashtra State, Mumbai.

In 2004, Ajit Singh was nominated on the International Board of the Controlled Release Society (CRS), an International body of pharmaceutical technologists, headquartered in the USA.

In 2005, Ajit Singh has been nominated to the Board of Pharmaceutical Sciences of the International Pharmaceutical Federation (FIP) as an Expert Member.

In 2005, Ajit Singh was also nominated to the Executive Committee of the International Alliance of Dietary / Food Supplements Associations (IADSA).

In 2006, Ajit Singh was co-opted as an Executive Committee Member of the Pharmaceuticals Export Promotion Council (PHARMEXCIL).

In 2006, Ajit Singh was elected as President of the Controlled Release Society – India Chapter (CRS) for a period of two years from 2006-08.

In 2007, the Organisation of Pharmaceutical Producers of India (OPPI) awarded the Best Vendor Award to his Organization, for the third time.

As International Councillor and President-elect of the Society of Plastics Engineers (SPE), India Chapter, he conceived and chaired a path-breaking conference on “The Future of Plastics Packaging in Healthcare”.  The SPE presented him with a Medal in 2006, for meritorious services.

As part of his non-pharma activity, he served for many years on the Central Governing Council of the Indian Institutes of Technology (IITs), and also on the

Board of Governors of the National Institute of Training in Industrial Engineering (NITIE), both appointments made by the President of India.

Ajit Singh is a popular and frequent Conference Chairman, Moderator and Keynote Speaker on Management, Pharmaceutical and Technical subjects at Conferences in India and abroad, has compered T.V. programmes, presented several papers, and received several awards, including the K.C. Chatterjee Memorial at the 47th Indian Pharmaceutical Congress and the BV Patel Memorial Lecture at the 59th IPC at Varanasi in December 2007.

He is a member of the Willingdon Club, Breach Candy Club, Taj Chambers Club, Mumbai, the Oxford and Cambridge Society, New Delhi, the Harvard Business School Association, The Single Malt Club, Mumbai and a founder member as well as President of the International Wine and Food Society (IWFS), India.