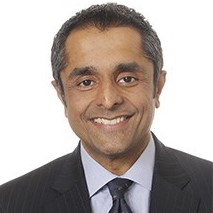 Narayan completed schooling at Campion in 1987. In 1992 he did is B.A. (Econ) from St. Xavier’s College, University of Bombay and in 1995 his LL.B (Hons) from London School of Economics. His practice areas include Structured finance and derivatives and Banking and projects

He has been by profession a Solicitor of the Supreme Court of England and Wales, Solicitor, Member of the Bombay Incorporated Law Society, Advocate, High Court of Bombay

Narayan was made a partner in the firm’s India Group in 2007. He has a particular focus on projects and a variety of financing transactions. He is a specialist in the development and financing of LNG, oil & gas, petrochemical and power projects and also acts for borrowers and lenders on structured and leveraged finance deals.
Narayan’s transactions of significance where substantial involvement can be disclosed have included advising:
•    Reliance Petroleum Limited as the borrower on the financing of the largest private sector borrowing in India in relation to the $6billion refinery at Jamnagar
•    on the £288 million senior and £56 million junior financing in connection with Tata Tea’s acquisition of a 30% stake in Energy Brands Inc (USA)
•    in relation to a series of Indian structured financing transactions including a series of preference shares/CCD financings for an Indian promoter aggregating to US$850 million
•    the sponsors and borrower on the development and financing of the $20billion Sakhalin LNG Terminal in Russia
•    the lenders on the financing of US$300 million a semi-submersible rig for an Indian sponsor
•    an oil major on their NELP-VI and CBM-III bids in India
•    an oil major in relation to a Coal to Liquids project in India
•    Enron on their gas pipeline development and distribution network along India’s west coast
•    the developers of India’s first LNG receiving terminal and private IPP at Dabhol
•    a bidder for an Ultra Mega Power Project in India
•    a bidder for a stake in the Hazira port and LNG project
•    Temasek on the guarantee of PowerSeraya’s obligations under the PowerGas gas supply and transportation agreements
•    Union Carbide on the refinancing of the EQUATE refinery in Kuwait