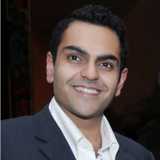 EDUCATION
School: Dr Akshay Batra schooled at Campion school in Mumbai. Apart from being a bright student, he always participated in extra-curricular activities bagging prizes in elocution, debates and Western and Indian music. Showing an interest in medicine even at a young age, he was elected the President for the Red Cross Society at Campion School.

College: He completed his 11th and 12th from the Jai Hind College in Mumbai.

PROFESSIONAL COLLEGE: He completed his 5½ years of homeopathic education (B.H.M.S.– Bachelor of Homeopathic Medicine and Surgery) from KESCHK Homeopathic Medical College, Mumbai University. He was elected the youngest ever-General Secretary at the college, bringing many dynamic changes within the college. Again he was an active participant in many extra-curricular activities, bagging prizes in debates, and sports. He headed the table- tennis team of the college and was vice-captain of the badminton and volleyball teams.

He has recently been elected to the post of Vice- President at The Trichological Society, London. He becomes the 1st ever non-Britisher to hold a post at the prestigious society. He will hold office for 2 years from 2008 till 2010. During his tenure, he will oversee the world-wide functioning and growth of TTS.

He also has the honour of being amongst India’s 1st hair specialists to be part of the European Hair Research Society (EHRS), the world’s leading society for hair research.

He is a member (by invitation only) of the Bombay chapter of EO (Entrepreneurs organization), a world wide network of successful young entrepreneurs. He is the only doctor in his chapter of the EO.

He started his career as a doctor with Dr Batra’s Positive Health Clinic in 2001.

He now holds the post of Deputy Managing Director since Dec 2004. In the last 2 years, Dr Batra’s has grown into the World’s largest chain of homeopathy clinics, with 55 clinics in 3 countries.

His currently oversees general management of the company with the Head of Departments of Information Technology, Administration, Accounts, Legal and Human Resources reporting directly to him. He has an interest in real estate and personally looks into the selection of all properties for the company. From the 8 clinics since when he joined, the company now boasts of 51 clinics, which are located on some of the best real estate properties across the country.

Apart from looking into the running of the company, he is also a practicing homeopathic and trichologist. He enjoys a roaring practice and the respect of the hundreds of patients he has helped over the last 6 years in practice

STRATEGIC BENEFITS TO THE COMPANY

Personally trained all 300 doctors in trichology to increase their expertise and to better treatment results.

Introduced some of the latest technology for diagnosing hair disorders for the 1st time in India that helped Dr Batra’s take the leadership stand in hair.

Instrumental in forming a tie up between Dr Batra’s Clinic and Stevens Trichology Practices, a chain of the leading trichology clinics in the UK.

Implemented a CRM program, which increased the patient retention by over 15% in one year.

Recently implemented an ERP program that will help connect all 55 clinics live for patient benefit.

Looking after overseas expansion and currently in the process of setting up Dr Batra’s Clinics in Dubai, Oman and London.

Addressed various keynote addresses and public awareness seminars on hair in over 10 cities.

Has created public awareness by writing several regular colums in some of the leading newspapers on homeopathy and trichology. Has also given numerous television interviews on the above subjects.

The Robert Olding Award - 2006: One of the most prestigious awards in the field of trichology, this award is given out for outstanding achievement and personal endeavor in the field of trichology. Dr Akshay Batra was the proud recipient of this award in 2006. He specially cherishes this award because of three reasons. Firstly, he is the youngest ever recipient of this award. Secondly, he is the 1st ever non-UK trichologist to win this award and thirdly the award was personally presented to him by Dr Robert Olding, who one of the most respected and one of the 1st ever trichologists in the UK.


At the presentation Ceremony of
The Robert Olding Award at London

Music:  He is passionate about music and himself is a musician of sorts. He has passed 5 exams in Hindustani vocal classical music and 2 exams in the tabla, from the Prayag Sangeet Samiti in Allahabad. He enjoys both Indian and Western music and plays the guitar, the piano, the harmonium and the tabla.

Adventure sports: He loves the rush he gets from adventure sports and has done it all from sky diving, paragliding, bungee jumping, river rafting, trekking to even shark cage diving. He is an avid skier and next on his list is to become a certified scuba diver. He also enjoys distance running and has completed the 21 km Mumbai Half Marathon for 2 consecutive years.

Animals: He has a love for animals since his youth. He has been a part of the SPCA drive to vaccinate stray dogs, having gone on the roads himself to actively vaccinate them. He has also adopted may stray and abandoned dogs and looked after them. He is also an avid horse rider and a member of the Amateur Riders Club at Mumbai.