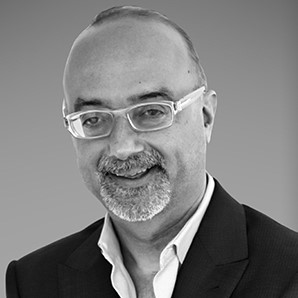 Rajeev was born in Delhi on 15 September 1960, spent 11 years at Campion School (1966 to 1977) and was School Captain for the last 3 years (1975 to 1977). After leaving Campion he did his Junior College from Sydenham College of Commerce and Economics where he was President of the Junior College Students’ Union and awarded the Sir Dorab Tata Scholarship.

He began his working life with Cathay Pacific Airways in Hong Kong and spent 9 years with the organization ending up as the Regional Marketing Manager for the Middle East based in Bahrain.

The current spell began in 1991 when Rajeev became a partner in an advertising business in the Middle East and is today Group Managing Director of Promoseven 360 which is an Integrated Communications agency covering through the line activity including Branding, Advertising, Digital, Retail and CRM. In addition Rajeev is also responsible for MRM Worldwide which is a Digital and Database specialist communications company and McCann Healthcare, a communications agency dealing with pharmaceutical companies, public health and the general wellness arena. These companies are part of IPG (Interpublic Group).

He lives in Dubai with his wife Ritu and 2 boys Aarya and Inaan who are aged 15 and 12.