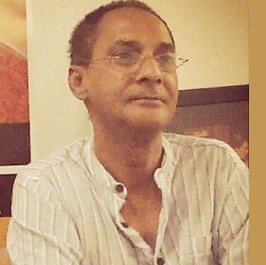 Ranjit Chowdhry (alternate spellings: Ranjit Chowdhary / Ranjit Chowdhury) is an Indian actor, with around forty movies and television performances to his credit, besides acting in theatre as well.[1] Varied spellings of his names have been used in credits. He has also appeared in several episodes of The Office, as Vikram, a telemarketer who worked with Michael, and is briefly hired for The Michael Scott Paper Company.

For his role as Rocky in Deepa Mehta's 2002 film Bollywood/Hollywood, he was nominated for Best Performance by an Actor in a Supporting Role at the 23rd Genie Awards[2][3] His other most noted role, in recent times has been, Queen Latifah starrer, Last Holiday (2006).[4]

Ranjit was born and brought up in Mumbai in a family with theatre background, where he received his early education at Campion School, Mumbai and started his acting career. His father is from a Gujjar background while his mother Pearl Padamsee was of part Jewish descent. He made his debut with Basu Chatterjee's Khatta Meetha, following which he played prominent parts in the Bollywood comedy classics such as Basu Chatterjee's Baton Baton Mein (1979) and Hrishikesh Mukherjee's,Khubsoorat (1980). Thereafter, he moved to the USA in the early 1980s. He wrote the screenplay and acted in Sam & Me (directed by Deepa Mehta) which won an Honorable Mention at Cannes in 1991.
Personal life

His mother, Pearl Padamsee, was well-known theatre personality, drama teacher and actress on stage and film. His stepfather, Alyque Padamsee, is an advertising maven and directs and acts in plays.
Filmography