Such Are the Ways Of The World. 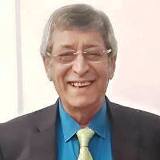 I am convinced that every single human being, should have the following books, by his bedside; -

I personally have the first five books, mentioned by me, by my bedside. I would have had the sixth, that is, the complete works of Rudyard Kipling, but my Daughters have transported it off to Dahanu, in their infinite wisdom.
Although I studied in a Jesuit School, I had not read any of the poems of Rudyard Kipling.
In 1963, whilst I was in New Delhi, I happened to walk into the Yorks Restaurant, situated at Connaught Circus, at about 10 pm. As I was short of the lucre, I ordered a Cona Coffee, for myself, for a princely sum of Rs. 2.25 and a 25 naye paise tip. Total investment being Rs. 2.50. This Rs. 2.50 entitled you to innumerable cups of Coffee, with no maximum limit.
They had a live band in attendance, comprising of a Drummer, a Pianist, a Bass player who also sang and a Lady Crooner.
The Bass player was an extremely handsome Gentleman and his name was Marcus Bartley Jr. He came an introduced himself to me, and we hit it of instantly. Soon we became very good friends. All the young Punjabi Ladies in town were madly in love with him and if he so desired, he could have had anyone of them, for the asking.
I addressed him as Mark and he loved to imbibe alcohol and smoke the weed. To his luck I neither consumed alcohol or did drugs in any form. In spite of our differences we became great friends. His off day was on a Monday and that is when we spent the evenings together. On Monday afternoon, his girlfriend, Kudsiya, would come to his quarters in the afternoon to visit him. Kudsiya's Father was a Diplomat in the Afghan Embassy. On Monday she would get a round disc of Hashish, with a golden eagle stamped on it. She would ask him to smoke it and then make love to her.
Monday evenings were spent with me on the banks of the Jamuna River, where he would smoke his hash, in a chellum. It was after, when he was intoxicated by the hashish, that I first heard him recite the poems of Rudyard Kipling, with the river lapping in the background. I was enthralled by his recital of If, The ballad of East and West, Gunga Din, The Ladies etc. I had never heard any of these poems and I took an instant liking for the same. After this we would proceed to Moti Mahal Restaurant at Darya Ganj and it was he who introduced me to Maa ki Dal and Bada Kababs.

Once his Mother was in town and he introduced me to her. An extremely beautiful lady, who was of French descent. His Father, Marcus Bartley Sr. had divorced his Mother and had remarried. When Mark got to know me really well he explained to me the identity of the lady his Father had remarried.
Mark as a young man had brought his girlfriend home, at their bungalow in Madras. The girl friend fell in love with his Dad, and the first diktat she issued was to ensure that Mark was thrown out of his own house. She then married Marcus Bartley Sr.
Marcus Bartley Sr. was the leading Camera Man of the South. He was the numeru uno of his profession and was extremely well respected in the South Indian film industry. I met him only once when he came to New Delhi after completing, 'Ram aur Shyam'. I entertained him in the Palam Officer's Mess at the request of Mark.
Mark was born on Christmas Day and when I googled him, I was informed that he had expired on 24 December. His Father too had expired and Mark's childhood girlfriend became 'The Queen of all she surveyed'.
Such are the ways of the world.