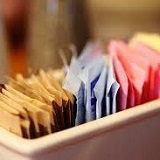 Drinking a can of diet soft drink a day is associated with almost three times higher risk of stroke and dementia, say researchers. Though I have written about the dangers of sweeteners and artificial sweeteners, I must revisit this issue in view of new research. In fact, diet drinks gave the impression to the general public that these were safe, and some healthconscious people actually interpreted this as healthy. I think the major disadvantage of this is that large quantities of diet drinks do not signal the brain that we are full and therefore the appetite still remains. I think the scary part of this study, albeit observational, published in Stroke journal on April 20, 2017, is that it showed that a person who consumed even a single can of diet cola was associated with a three times higher risk of stroke and dementia, compared to individuals who do not drink any artificially sweetened beverages. Sugar-sweetened beverages were not associated with stroke or dementia, but they are hardly the safer alternative, as I have already mentioned in my previous columns, where I highlighted how sugar is the number one public enemy. In fact, the same research group has shown that your brain volume reduces with both sugary and artificially-sweetened beverages, resulting in damaging episodic memory.
The study actually involved 2,888 participants within an average age of 62 years for the stroke cohort. For the dementia part of the study, 1,484 participants with an average age of 69 years were studied. When analyzing results, taking into account adjustments for age, sex, education, diet, physical activity and smoking, stroke and dementia were associated with a higher intake of artificially-sweetened drinks. In fact, animal studies tell us that rats given artificial sweeteners actually gain weight. Such artificial sweeteners lead to change in the bacteria of the gut and development of pre-diabetes. On the front of sugar, another study suggests that consuming 1to 2 or more sugar beverages per day is equivalent to 1.6 to 2 years of faster brain aging and as far as memory scores went, it was equivalent to 5.8 to 11years of faster brain aging. Though studies will have proponents and opponents, as all medical literature should, these statistics are by themselves alarming enough. The consumption of regular soft drinks has been decreasing in Western countries but the intake of sugar-sweetened beverages (SSB) has been increasing. Numbers in death from such consumption are surprising. More than 50,000 adult deaths were reported in the US in 2012 due to high sugar levels from consuming sugar-sweetened beverages. This makes it one of the leading causes of cardio-metabolic deaths in young and middle-aged people. The American Heart Association and the American Stroke Association has defined an ideal diet for cardiac health as one with less than 45 Kcal/week of SSBs. An increased intake of SSBs is associated with weight gain, type 1 diabetes and the metabolic syndrome.
The latter which is comprised of central obesity, high blood pressure and high blood triglycerides is already very common in the Indian population. Artificially sweetened beverages (ASD) have been marketed as an alternative to SSB. There was great uncertainty about the health risks of such ASBs but several large studies have reported association between ASBs and metabolic syndrome, type 2 diabetes as well. The Northern Manhattan study also claimed that diet soda was associated with heart attacks and death. Much of the argument has been that unhealthy people shift from sugared drinks to ASBs and they are more likely to be prone to heart attacks, stroke and death in the first place. The chicken before the egg story is always the argument in these situations. Looking at the evidence of what then is the right thing to do. My best advice will be what I do. That is drinking coffee without any sugar. Try it for 3 weeks and see if you can stand sugared coffee.
Switch to drinking club soda instead of a soft drink if you want fizz.
A certain study tells us that even one such sweetened fizzy drink ups your diabetes risk substantially. So SSBs and ASBs still remain the number one public enemy on my list.