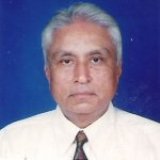 1.    Moses Judah: Aged 12
Moses Judah is a right handed hitter who can get quick runs when called upon to do so; he is also a change bowler and good field.

2.    D Joseph: Aged 14
A good right handed batsmen who hits very hard when he does and a slow bowler who send down both breaks. He is also fielder at mid wicket.

3.    Surendra: Aged 12
One of the best all rounder in the school Surendra is a good right handed opening bat and the team’s speed merchant. Though inclined to be erratic he is a good bowler and fielder.

4.    M R Mehta: Aged 12
A powerful forcing batsmen who has not however found his form this season. However he has gained much success with his slow-medium balls. A nephew of Vijay Merchant he is a splendid fielder.

5.    K Sajdeh Snr: Aged 14
A solid right handed batsman who is full of runs Sajdeh Snr. Is a useful slow medium bowler who must stick to one action if he is to gain success; he is a good outfield.

6.    K Sajdeh Jnr.: Aged 11
The baby of the team is the school’s best left hander. A left hand slow bowler he must shorten his run which is far too long for a trundler of his pace. Brilliant slip.

7.    R H Pavri: Aged 13
A right hander who is apt to sky the ball but kas made some good scores. A change bowler of leg breaks. Good fielder.

8.    J D Pandey: Aged 11
A wicket keeper and right handed opening bat. Has not played much this team owing to dislocated arm.

9.    M Lalji: Aged 14
A right hander who has made some scores and a neat fielder. Must learn to obey order on the field.

10.    D F Moraes: Aged 12
Not such a good batsmen as the rest but with a good defense. Much improved fielding since his return from Australia. Must improve his catching and batting.

11.    G Merchant: Aged 13
A brilliant fielder at fine leg who has however completely lost all vestiges of batting form and must improve.

12.    V M Bajoria: Aged 13
A right hander with a very ugly style who makes runs with luck when in the mood. Must improve his fielding.

13.    Pratap P Dundh: Aged 13 (by D F Moraes)
A brilliant right handed bat best in school. Hits hard on leg but has a good cut. A smart wicketkeeper who was formerly a slow bowler. A keen captain.