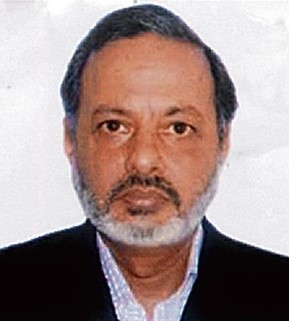 Medical Director Of Masina Hospital
Dr. Rohinton Dastur the youngest of 3 children was born and brought up in Bombay in a middle class Pars! family. His father Behramshaw a Chartered Accountant was the son of the Head Priest of Bulsar and his mother Amy was from Billimora. He yet fondly remembers his childhood memories of growing up in Cusrow Baug, where his family stayed till he was 9 yrs. old. He completed his I.S.C. Exams from Campion School and then enrolled in St. Xavier's College for 2 yrs. where he completed his Inter - science. Since the 3rd. standard when he underwent an emergency appendectomy he had aspired to become a Surgeon. This dream was achieved in 1983, when he passed the M. S. (Gen. Surgery) Examinations from Bombay University. After completing his M. S. Examinations, he continued to work at Sion Hospital for 4 yrs. as a Lecturer in Surgery.

His first private attachment as a Consulting Surgeon was in 1987 with Masina Hospital followed a year later with Parsee General Hospital. He was also a visiting Surgeon at Breach Candy and Cumbafla Hilt Hospitals. Over the years his affinity with Masina Hospital continued to grow and June 2011, he took over the reins of Masina Hospital as Medical Director.
During his 2-year tenure as M. D. of Masina Hospital he has turned the Gyn/Obs ward, set up a collection with SRL – Dr. Avinash Phadke for the Pathology Dept., renovated and upgraded the 9 bed ICU, and as recently as August 2013, started the new 8 bed HDU cum Day Care Centre. According to him, his greatest achievement as Masina Hospital has been the commissioning of the brand new CT scan department which was inaugurated on October, 2013 and is managed by Jankharia – SRL Imaging. His future projects are setting up an MRI and upgrading the psychiatry wards, work on which has already begun and should be completed within a year.

When asked about his change to an administrative post, he replied in earnest that he took up the post of Medical Director of Masina Hospital as a challenge. There were of course frustrations involved, but they were more than compensated by the success and achievements attained. His advice to the young children of the Parsi Community was not to be satisfied with only graduation, but to strive for a post-graduation or even super-specialization in any field of one’s choice. The couple of years spent on post-graduate studies would pay extremely rich dividends in future.