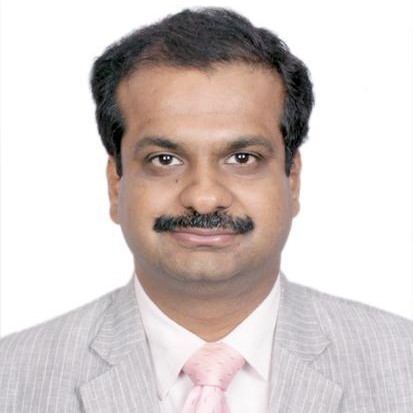 Marketing Director of Lawrence & Mayo
A two Divisional company established in 1877. Lawrence & Mayo has created a niche for itself as India's Leader in the business of Ophthalmic Optics & Contact Len Clinics and in the specialized technical field of Engineering (Geomatics), Scientific, Vacuum Instruments and Systems. The company has been in this business since 1992. Lawrence & Mayo is a 136 old Institution in India, and Vivek has been instrumental in gearing and expanding the company optical showrooms from 19 when he joined in 1992 to 93 till date and 13 instrument offices with a huge network spanning across 35 cities across India. He heads a team strength of over 1000 employees.

He studied in a Jesuit Education Institution, Campion, Mumbai and then went on to do his Honors in Commerce from Sydenham College of Commerce & Economics, Churchgate, Mumbai. A Post Graduate Diploma in Marketing Management, from Symbiosis Institute of Business Management (SIBM), Pune. His has enhanced his skills in Optometry through a course completed from Dnyan Prabodhini College, Pune.

He was bestowed with the prestigious Divya Sanman Award (Maharashtra Chapter) for his benevolent, enthusiastic support to the cause of Optometric Education on World Optometry Day Function. Lawrence & Mayo has marked its foray into accessories and Vivek in the driving force to launch Lawrence & Mayo's exclusive and exquisite new collection of Timepieces and Writing Instruments. His latest achievement is a 10 minute film made on blind children The Poona School & Home for the Blind. This film has won the 9th Finalist in the World at the 55th International Advertising Festival, Cannes Film Festival 2008. Vivek during his college years worked part-time in a division of Mudra Advertising (Reliance Group) called SAMIR Scientific Analyzers of Market Information & Research, going door to door, office to office filling up financial, retail, insurance, FMCG data forms & sheets and earning between Rs. 2.50/- Rs. 10/- per form, having a target of atleast 25 forms a day, which was largely achieved by him. He worked as an errand boy for Dr. Mulk Raj Anand, noted author and freedom fighter, his neighbor, who was the Chairman of N.C.E.R.T  National Council of Education, Research & Training. Here he learnt the art of reading atleast 4 books a month. He has been described by Mr. Mulk Raj Anand, Tagore Professor, Fellow of the Sahitya Akademi as an intellectual individual with advanced knowledge on the economic and political developments of our country. He has initiated unique grass level marketing activities such as eye testing program conducted at various Schools, Colleges, Factories and Corporate Offices. We have covered nearly 1000 organizations in a year across India. This was met with tremendous response and has proved to be a stupendous success.

Mr. Mendonsa develops and executes marketing plan for all the branches of the company. He is personally involved in the execution of all national marketing activities and ensures that the desired objectives and targets are achieved. He explores different ways of increasing the company's market awareness and market share in terms of volume and values keeping in mind the national marketing directions. On the Instrument Division front he coordinates in the promotional, marketing, seminars and and other promotional information on large project. With regards to customer enquiries he visits along with sales and service staff. The Instrument Division has for the 4th time the last times being 2009, 2010 & 2011 and now 2012 won the Pentax Award for Best Distributor's for the World. Vivek set up the 1st Degree College of Optometry in Maharashtra at Bharthi Vidya Peth, Katraj, Dhankawadi, at Pune and was asked to be the Vice-Principal at the age of 28 years. Vivek has made maximum utilization of his expertise in Optometry and is currently the President of the Association of Schools and Colleges of Optometry (ASCO). ASCO has 36 Members and over 120 Institutes. He has been associated with approximately 130 Institutes of Optometry pan India and closely connected to promoting the awareness of the importance of the Science of Optometry. He has kept 2 seats for deserving 12std Science students in any of the Institutes. He is on the Board of Program Advisory Committee (PAC)  Indira Gandhi Open University  IGNOU & YCMOU.

He is an ISO 9001-2008 Lead Auditor who is responsible for commencing this practice in the company. He also looks after Marketing, Quality, and Optometry & CSR activities of Lawrence & Mayo. In his extensive years of work experience, he has travelled abroad extensively to promote awareness and to gain various Eye Care related knowledge and information. He has represented Lawrence & Mayo twice at the Essilor Asia-Pacific Conference on Eye Care & Spectacle Lens Products. He was the Chapter Director of the Abundance Chapter at BNI (Business Network International) and was conferred with the Givers Gain Award in recognition for the Most Outstanding Member, 2008. In addition for bringing maximum number of visitors for the meetings Mr. Mendonsa has been presented with nearly 15 Certificates of Notable Network Award in recognition for his Outstanding Performance. He is the Managing Director of Dimensions Trade & Commerce Ltd., A movement of Christian entrepreneurs and professionals. Alongside he also dons several hats which include that of an Executive Director at the Xavier Institute of Leadership, situated at St. Xavier's Campus, 289, L.T. Marg, Mumbai  1. This institute conducts personal excellence, Leadership and Entrepreneurship workshops all over the country. Vivek was the Youth Leader of Colaba, Cuffe Parade Citizen Group (CCCG) under, Late Dr.Navin P. Kumar. He was an integral part in organizing The International Christian Chamber of Commerce Convention which was attended by Christians from 22 various denominations and 352 delegates from both at the National as well as the International level, at Hotel Trident/Oberoi, Mumbai, on 22nd& 23rd January, 2010. He played a vital role in organizing Entreprenet 2012, A Global Convention for Entrepreneurs at Intercontinental The Lalit, Mumbai on 13th& 14th January which was attended by 250 delegates. For the past 10 years he has been actively involved in social service through the Mendonsa Foundation, which includes activities such as Career and Vocational Guidance Seminars, Job Employment Opportunities for drivers, domestic help etc.